Nokia 9 PureView smartphone is here, after months of leaks and speculation. HMD Global on Sunday introduced the smartphone at a press event in Barcelona on the sidelines of the Mobile World Congress 2019. Part of Google’s Android One programme, the Nokia 9 PureView’s biggest highlight is its Penta-lens camera setup present on the back of the smartphone. The camera setup houses three monochrome and two RGB lenses – all with the same f/1.82 aperture. Other key specifications of the phone include a 5.99-inch 2K screen, Qualcomm Snapdragon 845 SoC, and 6GB of RAM. The Nokia 9 runs on Android 9 Pie and includes an improved Pro Camera interface.

MWC 2019 is in full swing at the moment and Nokia has finally taken the wraps off its much-rumored and highly anticipated Nokia 9 PureView with five rear cameras, which is easily the standout flagship of this year.

The Nokia 9 PureView will retail at an average price of $699 and start shipping in March. There’s only one variant of this particular smartphone, with 6GB of RAM and 128GB of internal storage. It will also come in just one color variant and it’s called Midnight Blue.

HMD Global is kicking off pre-orders for this highly aspirational device in some markets right away and it will be interesting to see the response it gets.

Before we take a look at the camera setup we are all here for, well, let’s scratch out the basic specifications of the Nokia 9 PureView. 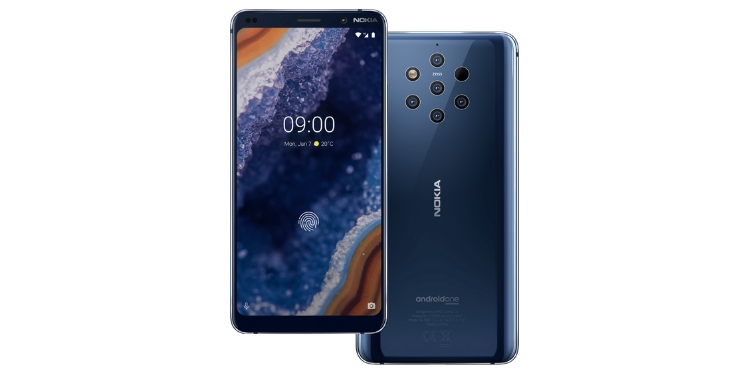 The Nokia 9 PureView boasts an all-glass sandwich design, with a Corning Gorilla Glass 5 protection both on the front and rear. The Nokia 9 sports a 5.99-inch 2K plastic OLED display, with HMD Global’s pure display technology integrated into it. This means you will get vibrant and stunning colors, with no notch or punch hole intrusion.

The Nokia 9 PureView is powered by last year’s Snapdragon 845 chipset, which could be a major disappointment for some, but HMD Global justifies it by saying that they have developed their camera technology on the platform, which might mean better performance than other SD845 phones. 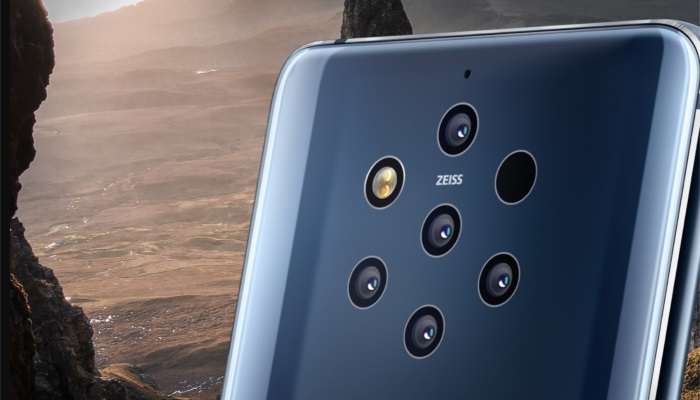 The penta-camera module on board here is controlled by a custom ASIC, i.e the imaging co-processor that has been created in partnership with photography company Light. All of the five cameras on Nokia 9 PureView work simultaneously at the press of a button to create the final output image.

The co-processor works in the background to control white balance and exposure, but it has also been revealed that the device uses everything from the CPU, GPU to DSP for faster noise reduction and low power usage. This means the photos should have more detail, sharpness and impressive depth control too.

The Nokia 9 PureView captures photos in RAW DMG, which means you will have complete control over editing and HMD Global has partnered with Adobe to make this task simpler with the Lightroom app on your device. There will be a new camera profile for the phone in the Lightroom app. Additionally, the Pro Camera app from Nokia has also bagged some minor updates for this device.

The Nokia 9 PureView is the first Nokia-branded smartphone to bring an in-display fingerprint scanner, paired with Face Unlock, to round up the biometrics. There’s also IP67 water and dust resistance in tow and how can we forget about wireless charging. It packs a 3,320mAh battery pack and runs Android 9 Pie out-of-the-box.

So, does the Penta-camera module on the Nokia 9 PureView look impressive to you? Do leave your opinions on the device in the comments down below and stay tuned for more latest updates from MWC 2019.