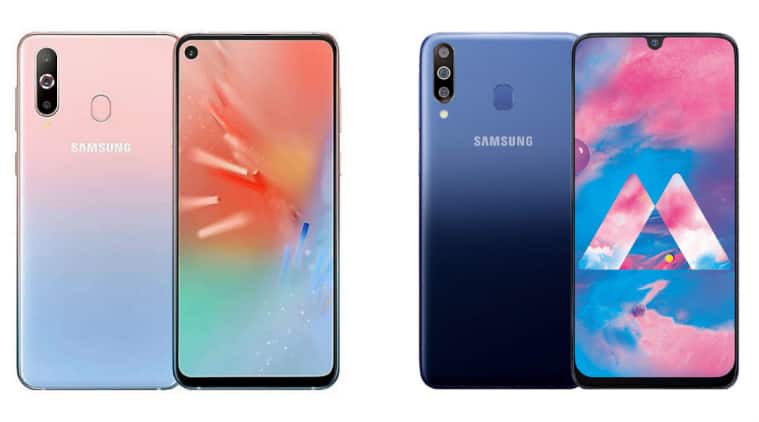 While the Galaxy A60 looks similar to the Galaxy A8s in terms of design, the phone has somewhat different internals. The Galaxy A40s meanwhile, looks like the rebranded version of the Galaxy M30, which was launched in India in February.

The Galaxy A60 features a 6.3-inch LCD Infinity-O display of FHD+ resolution with a 92 per cent screen-to-body ratio. The phone sports a 32MP selfie camera placed in the punch-hole in the top left corner. The phone does not have a speaker grille on the top, instead, it will produce sound with ScreenCast sound technology.

At the back, the Galaxy A60 carries a 32MP primary camera with f/1.7 aperture clubbed with a secondary 8MP f/2.2 ultrawide sensor and a third 5MP depth sensor. There is a fingerprint sensor at the back above the Samsung branding and Type-C USB port at the bottom.

The phone is powered by Snapdragon 675 processor paired with 6GB of RAM and 128GB of internal storage. The Galaxy A60 features a 3,500mAh battery.

The design and specifications of the Galaxy A40s are exactly the same as the Galaxy M30. It features a 6.4-inch Super AMOLED FHD+ Infinity-U display, powered by Samsung’s own Exynos 7904 processor paired with 6GB of RAM and 64GB of storage.

The Galaxy A40s has a 16MP selfie camera and at the back, it features a 13MP main camera with f/1.9 aperture clubbed with a 5MP ultrawide lens and 5MP depth sensor units. It has a 5,000mAh battery with support for 15W fast charging via USB Type-C port.

admin - December 23, 2019 0
One of the biggest tools that governments across the world use to quell citizens’ dissent is shutting the internet. While sometimes it’s necessary to...

admin - December 3, 2019 0
Telecom major Bharti Airtel on Sunday came out with revised tariff plans for its mobile customers, which will come into effect from December 3.The...