Tata Harrier is not launched in India yet. Information on this page is tentative.

Tata Motors has been readying for its second innings after the long lull in the Indian market and after the Tiago and the Nexon’s success, it is time for more additions to the fleet.

One of these new products is the Tata Harrier SUV. This SUV has been built on the Land Rover platform and will be a Hyundai Creta rival. The Land Rover platform, with its aluminium-infused architecture is an expensive affair and fitting the economies for the Creta-segment is certainly laudable. The aluminium will certainly be replaced by more cost-effective materials but the inherent beauty of this platform will certainly make the Harrier a force to reckon with. Add the independent suspension at all four ends, and we are talking about performance of international standards.

The rendering shows typical Tata lines and the signature smiley face which finds a sweet spot between the Nexon’s appeal and the Hexa’s aggression. The design is muscular and with the flared wheel arches and rising shoulder-line, it looks brawny as well. In terms of Interior, expect the h5 to be a class leader in terms of features and equipment replete with a floating touchscreen display, automatic climate control, electrically operated mirrors et al.

This platform will be powered by the 2.0-litre turbo-diesel from Fiat that also powers the Jeep Compass and we are sure about this because Tata Motors has already placed an order for more than a lakh engines already. The Harrier might come with the 140bhp setup making it one of the most powerful machines in the segment, something that Tata has already done with the Nexon, and are reaping its benefits.

The Tata Harrier will go into production by the end of 2018 or early 2019 and will rival the Hyundai Creta, the Renault Duster, the Renault Captur and the Jeep Compass along with competitors like the Mahindra Scorpio. Tata’s all new premium SUV is all set for launch in January 2019. The Harrier is based on a derivative of Land Rover’s LR550 platform, Tata likes to call ‘OmegaArc’. Size-wise, the Harrier is larger compared to the Jeep Compass.

Speaking of which, the Harrier borrows the 2.0-litre diesel engine from the Jeep

. And the BSVI-compliant engine on the upcoming SUV will also be paired with an eVGT (electronically controlled variable geometry turbocharger) to eliminate any traces of turbo lag.

The same Multijet diesel engine makes 173PS of power and 350Nm of torque under the bonnet of the Compass, and we’re expecting similar figures from the Harrier.

Essentially, the Harrier is based on the same platform that also underpins the Land Rover Discovery Sport, so it is more than capable of supporting a 4×4 drivetrain with some serious off-roading capabilities.

Needless to say, we expect Tata to do justice to the LR platform and offer a 4×4 variant of the Harrier. Meanwhile, there’s no confirmation on the Tata Harrier petrol just as yet. That said, reports suggest the possibility of a Harrier petrol-hybrid later on.

Ahead of official launch, the all new Tata Harrier has been spied in very less camouflage. These probably are the final road tests of the upcoming SUV. Tata Harrier is open for bookings at a down payment of Rs 30,000 while prices are slated to fall between Rs 13-16 lakhs. 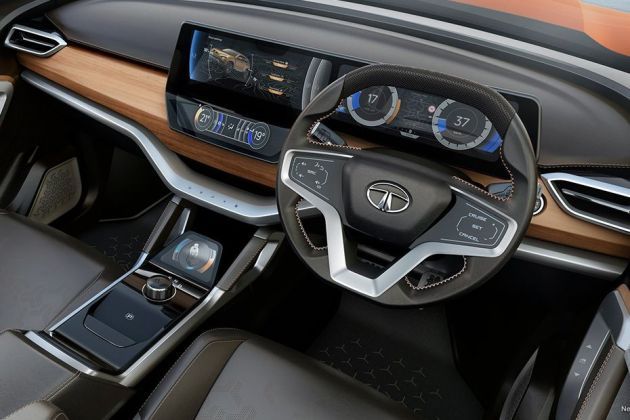 admin - December 23, 2019 0
One of the biggest tools that governments across the world use to quell citizens’ dissent is shutting the internet. While sometimes it’s necessary to...

admin - December 3, 2019 0
Telecom major Bharti Airtel on Sunday came out with revised tariff plans for its mobile customers, which will come into effect from December 3.The...