Clash Royale has been enjoying its time as one of the most popular games on mobile devices. It combines the goodness of card games with a touch of strategy to create something more unique and exciting for the casual gamers out there. The game offers a unique deck building and card battling system that makes it much more exciting for new players and even veteran card game players.

If you have been looking to try out some new games that are similar to Clash Royale in terms of gameplay elements, then you’ve come to the right place. We have the best Clash Royale alternatives (free and paid) that you can try out right now and enjoy the unique gameplay on your device. 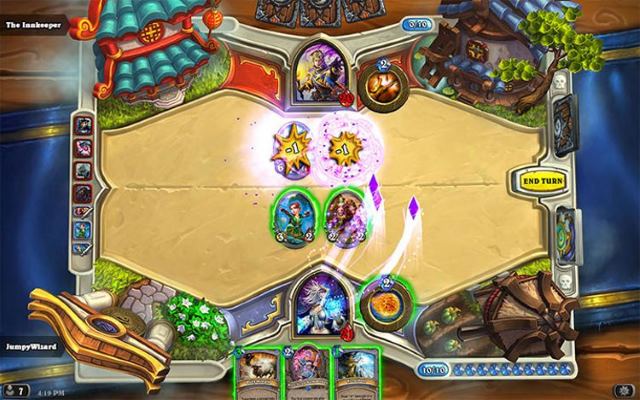 What is it? Strategy Card Game

Why You Should Try it? Originally launched as Hearthstone: Heroes of Warcraft, Hearthstone is a card-based strategy game, in which you collect cards to create a powerful deck. Your objective is to form a roster and take control of a dynamic battlefield. The game also lets you cast magical spells on your friends to create a chaotic environment.

The best of Hearthstone is the fact that it features some of the iconic heroes from the world of Warcraft like the Lich King, Illidan, Thrall, and more. You can also craft your own powerful cards and compete in real-time PvP games. And if you are not someone who likes to play online, then you can also indulge in rich single-player missions. Overall, Hearthstone is a really good card-based strategy game if you are looking for a title that requires you to think and act quickly. 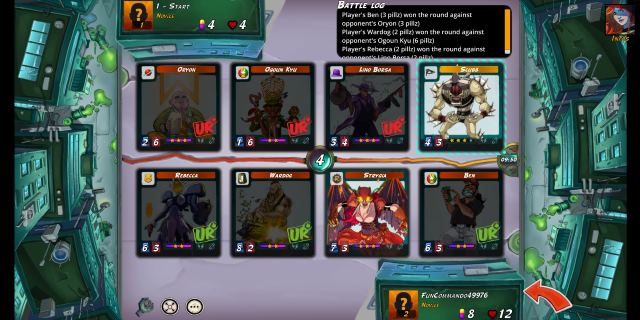 What is it? Strategy Card Game.

Why you should try it: Urban Rivals is a cool mixture of collectible card games and role-playing games. This game combines the elements of both these genres to deliver the best experience for casual users. Unlike other trading card games, Urban Rivals has a lower learning curve, perfect for casual mobile gamers. There are only 8 cards required in a deck to compete in this game which gives every user be it new or old, an equal chance to compete against each other. Make each individual card stronger by giving it experience points and unleash chaos upon your enemies. Fight your way through toughest opponents and become the champion in this simple card game. 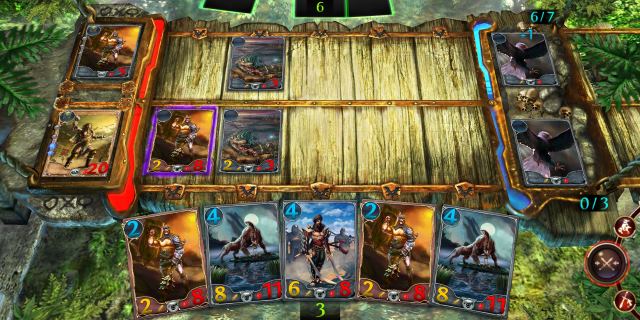 What is it? Card-trading game

Why You Should Try It: Order & Chaos is a collectible trading card game that lets you take on your friends or other players for leaderboard supremacy. The game has over 300 cards that you can collect and they all have the heroic fantasy art style of the Order & Chaos games. Order & Chaos Duels has a great live and asynchronous online multiplayer mode to indulge in. You can also optimize your deck for battle in solo or online multiplayer PvP modes. The game has a bit of learning curve, but it’s a lot of fun once you get used to it. 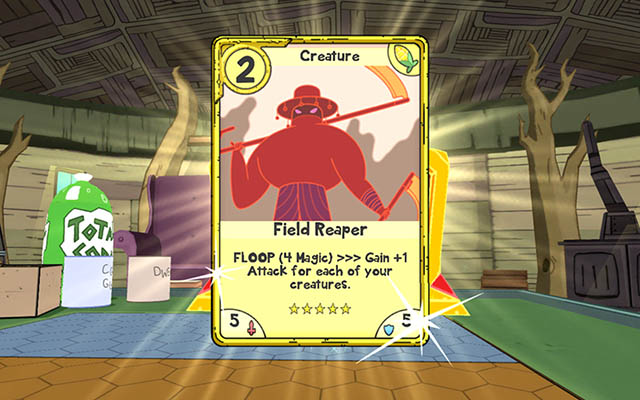 What is it? Collectible Card Game.

Why you should try it: If you have been watching the hilarious show, Adventure Time on Cartoon Network then you have definitely seen the cartoon characters Jake and Finn play the amazing card game. The game may look easy and simple in the cartoon but in the real world it requires a great amount of strategy and thinking to outsmart your opponents and win the ultimate card war. Choose different factions in each of your lanes, each faction works with other factions in a strategic way and you have to figure out the perfect combos. Play in competitive multiplayer against other players and become the best card warrior. 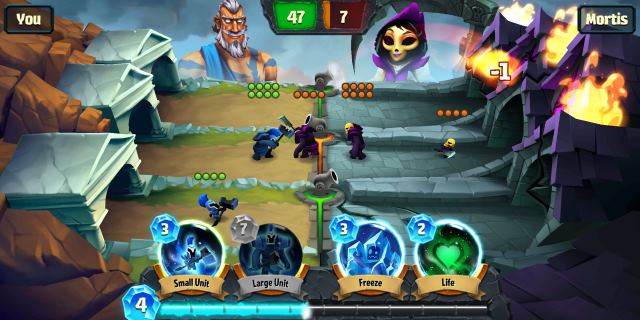 What is it? Strategy game.

Why You Should Try It: Spellbinders is a strategy game that closely resembles Clash Royale. Instead of collecting cards to form a powerful deck, Spellbinders lets you directly jump into the battlefield and destroy your opponent’s base before they can destroy yours. So, think of it like Clash Royale without the cards.

You can choose your favorite Titans and command an army of minions to dust off your favorite spell book. You can also climb the ranks in the weekly leagues and put your skills to test for the grand trophy. It’s a really good Clash Royale alternative if you are bored of the card collecting experience. 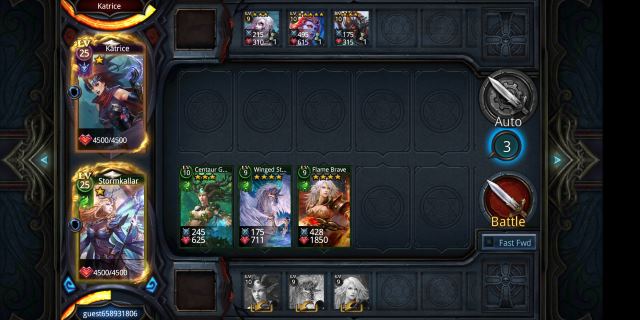 What is it? Trading Card Game.

Why You Should Try It: If you are looking for a Clash Royale-like game with a storyline, then Deck Heroes: Legacy is the one to play. Your objective in the game is to try and build a kingdom. But wait, it’s not as easy as it sounds. You’ll be constantly attacked by various opponents, and you’ll have to recruit heroes and mighty creatures to protect your kingdom. The graphics and animations of Deck Heroes: Legacy are far better than the original ‘Deck Heroes’ title. It’s truly one of the most visually appealing titles in the list. However, you truly have to play the game for an extended period of time to unlock more cards and opportunities. 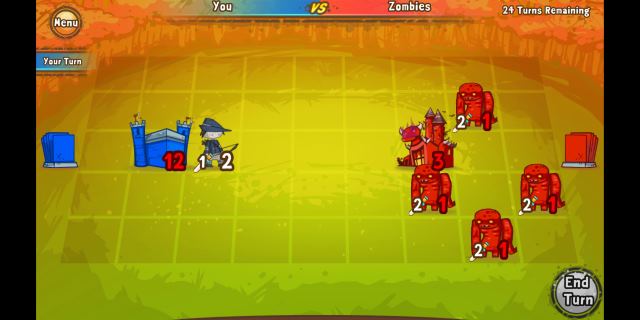 What is it? Strategy Card Game.

Why you should try it: If you are looking for a card game that does not require a lot of thinking and strategy then you should try Cards and Castles because this game is developed for the casual mobile gamers out there. The game offers a lighthearted cartoon theme where you build your castles and battle against other players in a card fight. Use your spells and powers to defeat your enemies in exciting and fast-paced card battles. Get ready to take on tough opponents in single player mode or go against other players from around the world in head-to-head multiplayer mode. Bring your army in the form of cards and go to war. 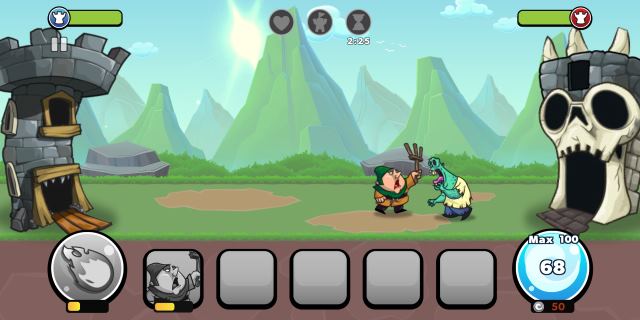 What is it? Strategy Game.

Why You Should Try It: Much like Clash Royale, the basic premise of Tower Conquest is to gather your army and resources to fight the enemies. The game has over five factions, and you get to choose over 70 unique characters, towers, heroes, and more. Tower Conquest revolves around mana pool in which you can use to summon units to the battlefield. Be the first one to take down the tower to emerge as a winner. It’s a great alternative to Clash Royale as the overall idea of the game is similar, and the gameplay is super-addictive. You can unlock more units, level up and get numerous achievements to keep the game fresh and relevant for an extended period of time.

These are the best alternatives to Clash Royale in terms of gameplay and other features. If you think there are other games that deserve a spot in the list because of their similarity to Clash Royale then feel free to post them below and let us know in the comments section.

How to Download and Install PUBG Lite for PC in 2019